Resort in the heart of Ogliastra 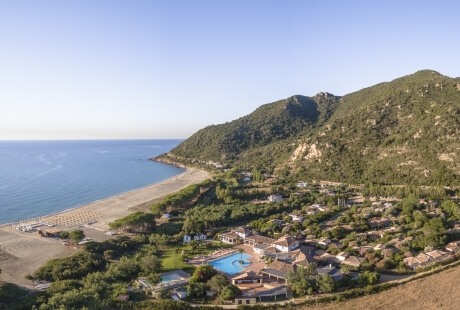 Centered on the eastern coastline of Sardinia, in the ex province of Ogliastra, Perdepera Resort is named after the beach on which is stands on the outskirts of Cardedu.

The Ogliastra, undiscovered by most until a just few decades ago, is now considered one of the most beautiful places in the world and was, in fact, elected 2013's most beautiful province of Italy.

Rich culture, centuries of tradition, untouched nature, and an abundance of history characterize a land that is wild, pure and completely fascinating.

Those that come across the region are enchanted by the alternation of arid plains, white sandy beaches, crystal clear waters, woods, and rocks overlooking the sea.

Distances from Ports and Airports: